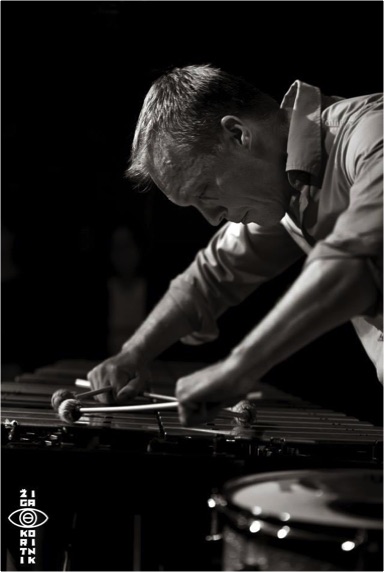 In 1986 Nordeson formed AALY Trio, together with fellow Swede Mats Gustafsson. AALY Trio became one of the leading groups in the Swedish experimental scene in the 90’s.

In 1994 he founded Co. Alba with choreographer Nathalie Ruiz. Co. Alba is a platform for Nordeson’s work as a composer. Ruiz and Nordeson have jointly produced numerous danceu performances; their latest piece, a short film entitled Désiré, was commissioned by Swedish Television.

In 2004, Nordeson relocated to California, and has since then been active in the San Francisco Bay Area scene with its thriving community of  free-improvised, experimental and new music. In 2008, he collaborated with multimedia artist Katharine Gin to create This Place Called Poetry, a three-month exhibition at San Francisco Art Commission Gallery, in which Gin and Nordeson directed and produced a series of 11 short films portraying young San Francisco poets.

In October 2018 Nordeson finished his PhD in music at University of California San Diego. The dissertation, titled 'Why Do You Play The Way You Do?': Musical Improvisation, Identity, and Social Interaction, focuses on improvisation in relation to identity and performativity, and to the notion of fluency.